For the majority of U.S small businesses – the backbone of the nation’s economy – growth and expansion have remained on the back burner as of late. In fact, many smaller companies are struggling just to stay afloat even as reports stream in that the economy seems to be on the mend. Why? Here are a few reasons: 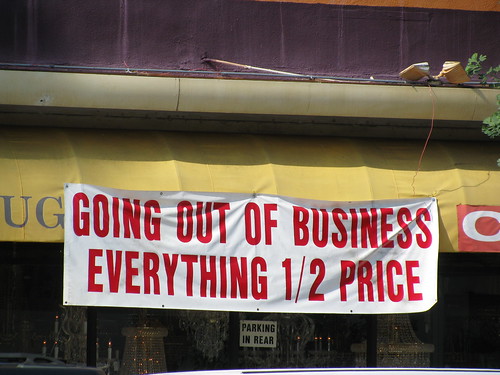 1. US Consumer Sentiment has plummeted once again. Consumers remain cautious about spending money. According to Thomson Reuters/University of Michigan’s Surveys of Consumers, U.S. consumer sentiment fell in early July to its lowest level in 11 months. This dramatic reversal comes after consumer sentiment climbed to its strongest level in nearly 2-1/2 years in June. All of this spells uncertainty for the majority of small businesses, and uncertainty breeds caution.

2. Banks have clamped down on small business loans. Banks are making risk reduction a priority at a time when a significant population of small businesses are struggling to be credit worthy. In a recent speech, Federal Reserve chairman Ben Bernanke called on community banks to lend more to small businesses because they are “crucial to America’s recovery.”In response, various banks noted that most small business owners are applying for funding just to remain afloat, never mind expansion. Moreover, even those who do seek to expand are struggling to come up with the collateral necessary to back up a loan due to the freefall in real estate prices.

4. Uncertainty regarding policies and legislation. Although during the past year, the Obama administration has pushed through a package of financial incentives to small business owners looking to expand or grow, these have since expired, and no decision has been reached regarding their renewal. There is talk in Washington about an overall incentive package for small businesses, but so far that is all it is – talk. And as we all know, you can’t take talk to the bank.