As the 2010 tax season kicks into high gear small business owners should be aware that there are several favorable changes to the tax code that will affect small businesses in particular. These amendments were designed to provide a little relief in our struggling economy, and they should do just that to those who qualify- especially since many of them are applicable to a variety of industries and business sizes. 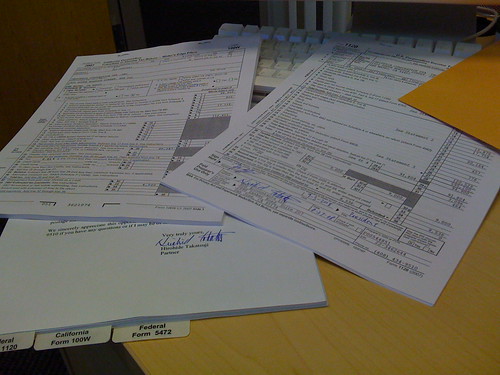 The following is a brief rundown of the most significant amendments:

1. The deadline for purchasing a new principal residence was extended till April 30, 2010 (with the closing occurring before July 1st).

2. Initially, this credit only applied to first-time home buyers Now it is also available to previous homeowners buying a replacement principal residence.

3. Finally, the income limit has been increased, allowing a larger pool of home buyers to claim the credit.

The details and structure of this credit will vary depending on when the home was purchased. Those who run home-based businesses in a new residence may be may eligible for an $8,000 credit equivalent to a 15 year interest-free loan. For more information on the home buyers tax credit, click here.

Business Property and Equipment Depreciation and the Section 179 Tax Deduction

The American Recovery and Reinvestment Act (ARRA) created at the beginning of last year extended the bonus depreciation and increased the section 179 deduction. The new legislation extends the 50% depreciation allowance, also known as bonus depreciation, through 2009. Moreover, instead of claiming annual depreciation deductions on capital investments over a multi-year period, small businesses can claim an immediate deduction up to $250,000 on the cost of any qualifying property including machinery, equipment, vehicles, and furniture that was placed into service in 2009.

More information on capital expense deductions is available on the IRS website. Section179.org also provides an assortment of helpful information and advice as well as a Section 179 deduction calculator.

At the end of last year, President Obama enacted the Worker, Homeownership, and Business Assistance Act of 2009. Part of the new legislation allows small business owners to carry back net operating losses (NOLs) from either 2008 or 2009 for up to five years, an increase from the previous two-year carryback period. imposes a 50-percent income limit on NOL offsets in the fifth preceding tax year. This means that NOLs carried back five years are limited to 50-percent of the available taxable income for that year. Any remaining NOL can then be used to fully offset taxable income in the other four carryback years. By carrying back their losses, businesses can secure a refund of taxes paid in a previous year.

The ARRA allows qualifying businesses to elect to defer recognition of income from the cancellation of certain corporate or business debt instruments in 2009 or 2010. Income recognition can be deferred five years after the reacquisition and then is included ratably over a five-year period beginning in 2014.

More information on the cancellation of debt is provided on the IRS wesite.

The ARRA further allows those small businesses that provided COBRA assistance to terminated employees in 2009 to obtain a 65% credit against COBRA amounts paid. The credit is taken against employment tax liabilities (see IRS Forms: 941, 944, or 943). The credit is regarded as a deposit made on the first day of the quarterly or yearly return period. For more information, click here.

There are several tax credits extended to those businesses that purchase qualifying alternative energy and energy-conserving equipment. The $4,000 business energy credit for purchases of fuel cells property, micro turbine property, and solar energy property has been extended through 2016.

Under the ARRA, two new groups have been added to the work opportunity credit: unemployed veterans who have been discharged or released from active duty and disconnected youth- those aged 16-25 who are not attending school, are not regularly employed, and lack a number of basic skills.

More information on the work opportunity credit can be found here.